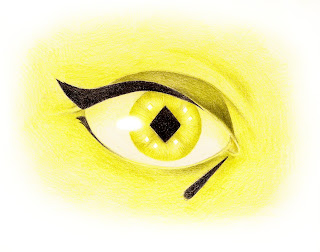 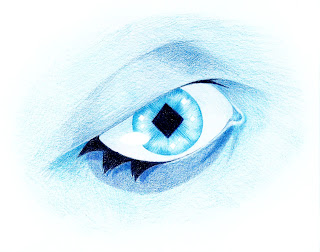 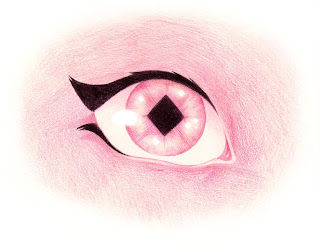 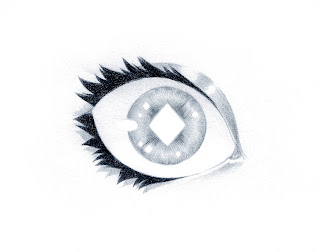 Here's the final set of eyes from the 'eyeball sketchbook', it's the Diamonds from Steven Universe, of course. The Diamond Authority is still my favourite part of that cartoon, so I'm happy to finally have a canon character design for all four.

I will admit to being slightly disappointed that White Diamond wasn't a point cut, since it would have been neat if their cut of gem got more modern and refined, but also smaller, as you went down, but oh well.

The previous sets from this sketchbooks were horror deformations, some sci-fi characters, and some fantasy characters.
Posted by Sarah Fogg at 00:58 No comments: 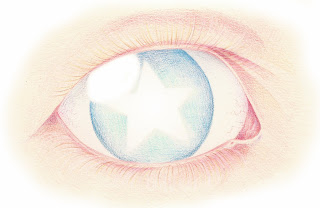 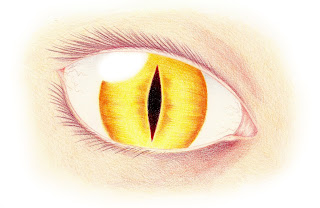 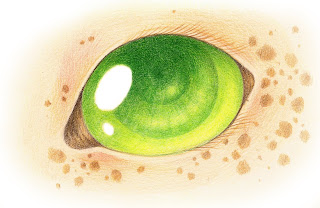 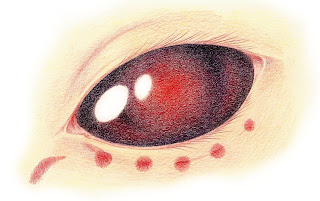 I realised I had just enough pages left in what has become my 'eyeball sketchbook' to do two more sets of four eyes, so here's four fantasy characters for one of them. An angel, a demon and two fairies.

Previous sets include some horrible eye deformations, and four sci-fi characters.
Posted by Sarah Fogg at 02:49 No comments: