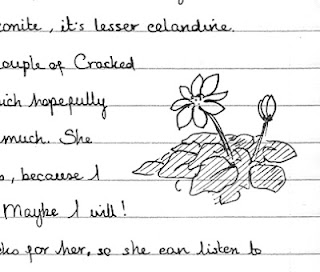 These are the other half of the journal pictures from that horrible notebook. The next one I used was much nicer. I seem to have drawn a lot of plants and animals instead of people.

Also, these are events I am going to in Autumn! Inspired Comics will be at:

Come and buy our comics, and see how little I resemble my self-portraits!
Posted by Sarah Fogg at 02:43 No comments:

Email ThisBlogThis!Share to TwitterShare to FacebookShare to Pinterest
Labels: flowers, ink, journal, me, shows and events, sketches and doodles 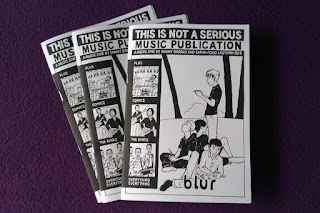 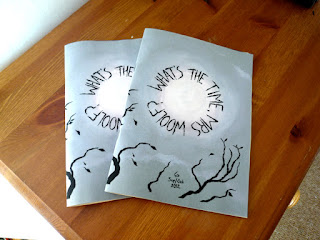 Here's what I've been doing for the past few weeks, making two different zines! Sammy and I have made a music zine together, filled with comics and articles and gig sketches. I'm so excited to see it printed, it was so much fun to make. Also now I can draw a fender precision bass from memory. Sammy's put a preview on her tumblr, and you can buy the zine from her etsy shop.

There's also the September/October issue of What's the Time Mrs Woolf? which has a spooky theme because Hallowe'en is my favourite festival. It contains sewing instructions and comics as usual, but also ghost stories and horrible illustrations! There's a preview up on the woolfblog.

Both of these are being launched at the Birmingham Zine Festival tomorrow, but they'll also be available at London MCM Expo (26th-28th October) and Thought Bubble (17th - 18th November)