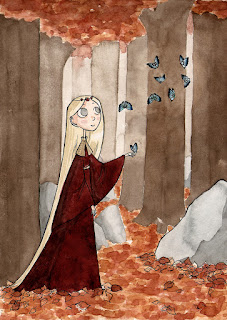 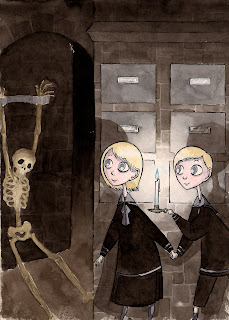 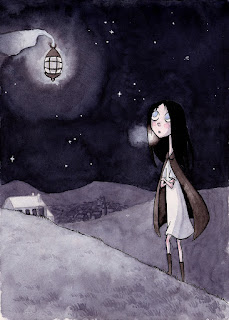 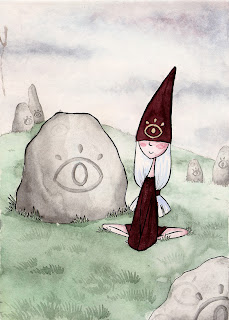 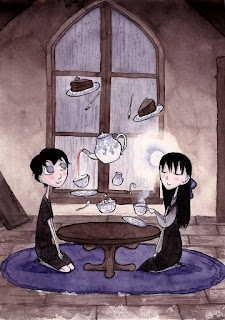 These are the other five postcards I made for Thought Bubble, in my 'dolly' style. These are all my own characters as well, but they're not all as well developed. I was still aiming for a limited colour palette with these, and I think I was fairly successful. I definitely like my own work more with fewer and duller colours.

There's Coda, a young princess who suffers from an arranged marriage and is moved from her home in the mountains to her husband's kingdom, which is largely forested. Then there's those two creepy edwardian children from the Danse Macabre postcard, perhaps this is where they found their skeleton friend. Then Lena, sister of Lucas and possessor of the gift of prophesy, following a ghost lantern. A little witch in a field of eyes. Lastly, young Nettle and Spider, enjoying a psychic tea party (the best kind). Possibly Spider will read their tea leaves when Nettle puts the cups down.
Posted by Sarah Fogg at 11:49 No comments:

Thought Bubble and a Dress! 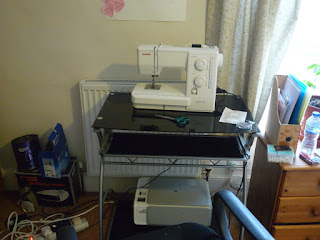 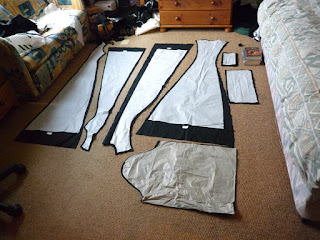 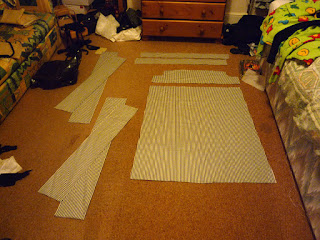 Behold, what I've been doing for the past few weeks! I kind of burned myself out making new postcards for Thought Bubble (I'll post those later, for now there's a photo of them on the stand), so once they'd been sent to print I decided to do something entirely different. I transformed my computer desk into a sewing desk and set about making a dress from Josceline Fenton's lovely webcomic, Hemlock! It's the first one we see Lumi wearing. Eventually I'd like to make all of these four, but I think I've done enough dressmaking for the time being. 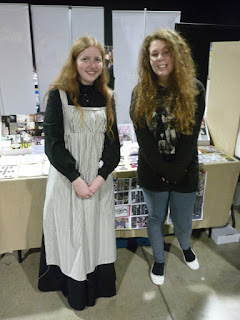 Here's a picture of the finished dress! Also of me awkwardly standing with Josceline trying not to seem creepy, which is hard when you just spent three weeks slavishly recreating someone's work in cotton form. She said it was very accurate, which makes me happy. 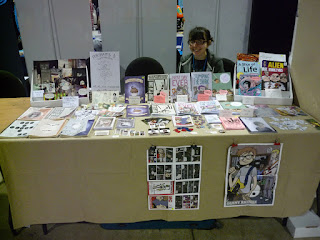 Here's the Inspired table, with Sammy behind it because we used my camera this time. 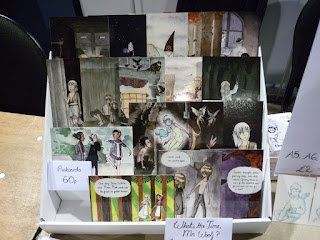 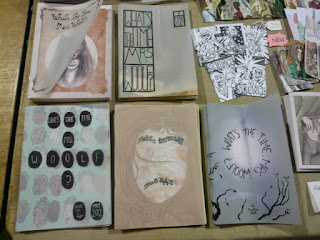 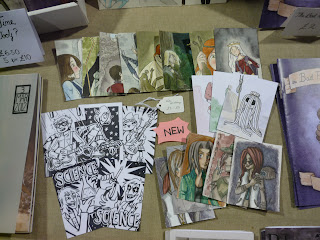 My art cards, hanging out with some new ones by Sammy and Shaz... 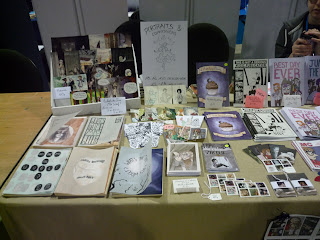 a shot of my side of the table, complete with Patience, miniprints, Bad Fairy Bakery etc. 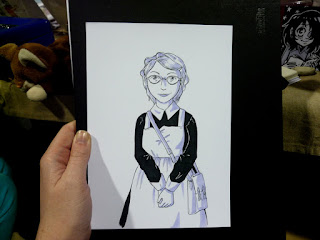 and a portrait commission I did! If you look really closely in the back you can see a little drawing of Patience that Sammy gave me. It's so cute! I seemed to do pretty well at Thought Bubble, and we certainly did well as a table. I also bought about £80 of comics, and John Allison said some very nice things about our work, so I'm very pleased with how it went. There'll be a write-up of Thought Bubble on the Inspired blog soon as well, now that I've got round to sending the photos to Sammy.
Posted by Sarah Fogg at 08:40 No comments: