Patience is a Virtue

This is a little comic I made to send to the Festival International de la Bande Dessinee (which was the only full name I could find).  Pittville Press has a table there and a lot of people from our class make things to send there.  Only three or four students actually go (this year it was Sammy Borras, Gemma Sheldrake and Jamie Mills), but I had so much work to do this week that I'm quite glad about that.  I thought you might like to read it, since I doubt anyone who reads this blog thus far trekked all the way over to France, which is also why I don't feel bad about forgetting to mention it until after the festival.

Anyway, I hope you enjoy it.  It's based on some stories I made up about my classmates. 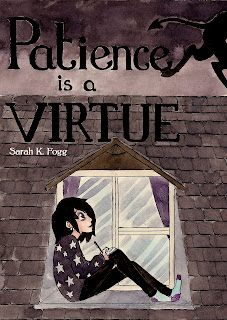 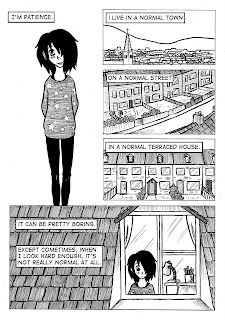 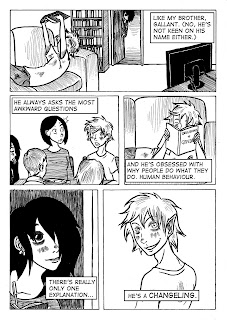 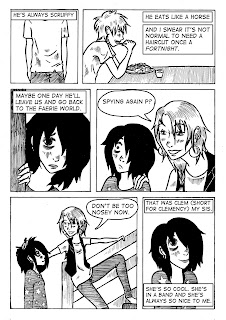 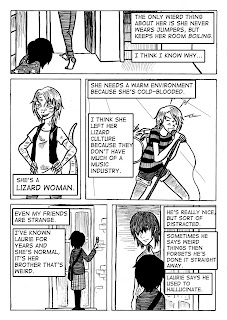 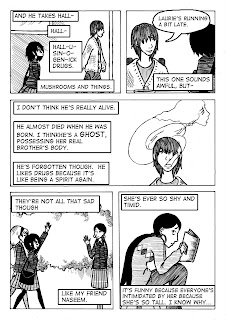 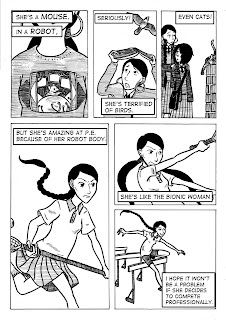 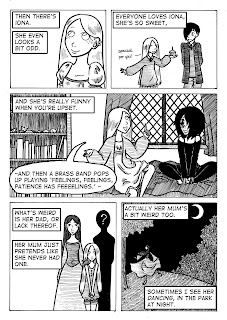 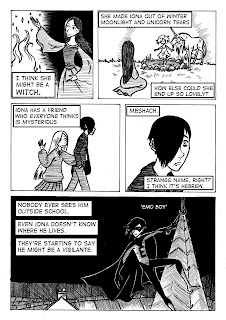 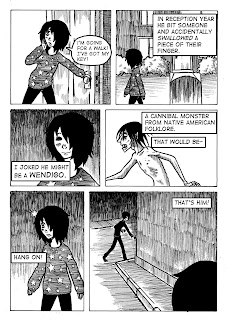 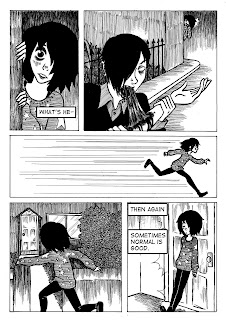 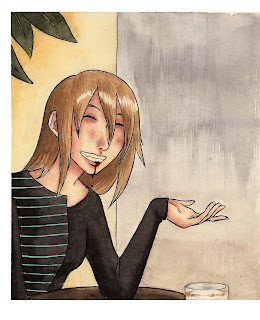 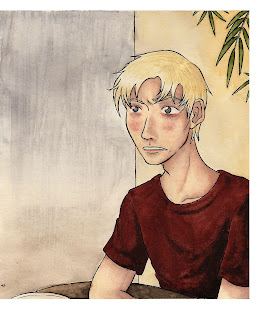 These were for a project where the end result would be printed in a small book the university makes.  I couldn't decide which idea I liked better, so I did a finished painting of both and asked the tutors which one they wanted.  This one fits the brief better, but my tutors preferred the other set.  They would have been printed as one image, on a double page spread.

The brief asked us to work up images using our real experiences as a starting point, so I liked this one because it really happened to me once, albeit in an English Literature class rather than a cafe.

You might recognise Jemima from an earlier post.  The boy is her friend Franz, who hates his name and is difficult to draw because I designed him in shoujo manga style when I was about 15 and I still haven't quite worked out what kind of bone structure he should have.
Posted by Sarah Fogg at 13:59 No comments: 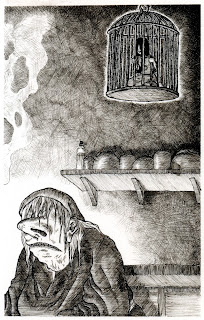 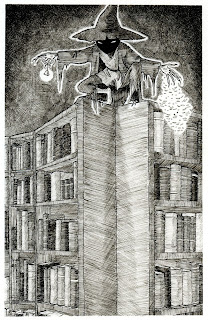 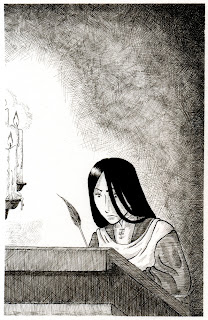 These are the three portrait illustrations.  One of my favourite things about them was the hatching on the backgrounds, but it takes so long to do that I haven't done anything in that style lately.  I should probably use it more.
Posted by Sarah Fogg at 23:57 No comments: 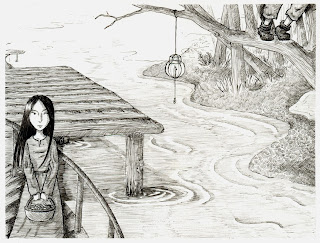 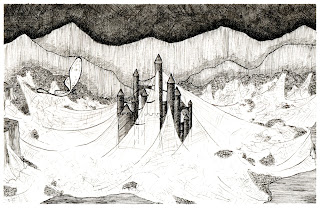 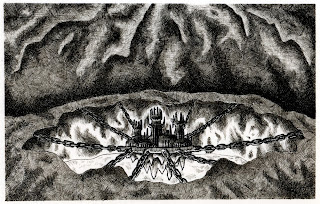 I thought you might be interested in these, they're illustrations for Poison by Chris Wooding that I did on my art foundation course (2008).  They're still some of my favourites of my own work, even if the choice of 3 landscape, 3 portrait was ill-advised.  I'll upload the portrait ones later.
Posted by Sarah Fogg at 14:04 No comments: 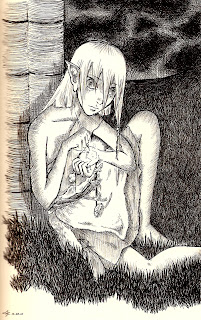 This little guy was designed for a university project, as a sort of post-human.  In the end he was only about a centimetre tall in the final image, but I liked his design.  He lives in a post-apocalyptic world where the sky is permanently covered with red and black cloud.  His people have excellent night vision and no natural protection against UV.  Their world never gets brighter than a clear night with a full moon, and nights are pitch black.
He's named Shasta after the main character of The Horse and His Boy, because it's common for them to choose names from any remnants of the old world.
Posted by Sarah Fogg at 09:47 No comments: 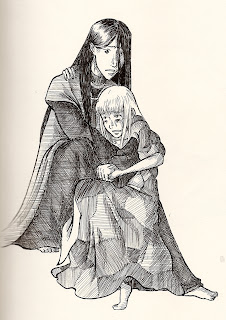 These two are my oldest characters who still exist in their original form, I was probably only 11 when I first drew them.  They're brother and sister.  Sometimes mistaken for sister and sister.
Posted by Sarah Fogg at 07:38 No comments: 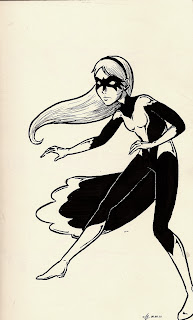 This is Magpie, a teenage superheroine that I designed when I was about 15.  She has power over anything that shines, and can make small amounts of solid, naturally-occurring shiny materials like obsidian, gemstones or metals.  I've been told that's a stupid superpower, but part of the point was meant to be that she has a stupid power and has to learn how to use it creatively.
She used to have a much more boring costume, which I can upload a picture of if anyone's specially interested.  This costume is only about a year old.
She can also get walnuts out of their shells whole, there is some debate as to whether this qualifies as a secondary superpower or not.
Posted by Sarah Fogg at 02:29 No comments: