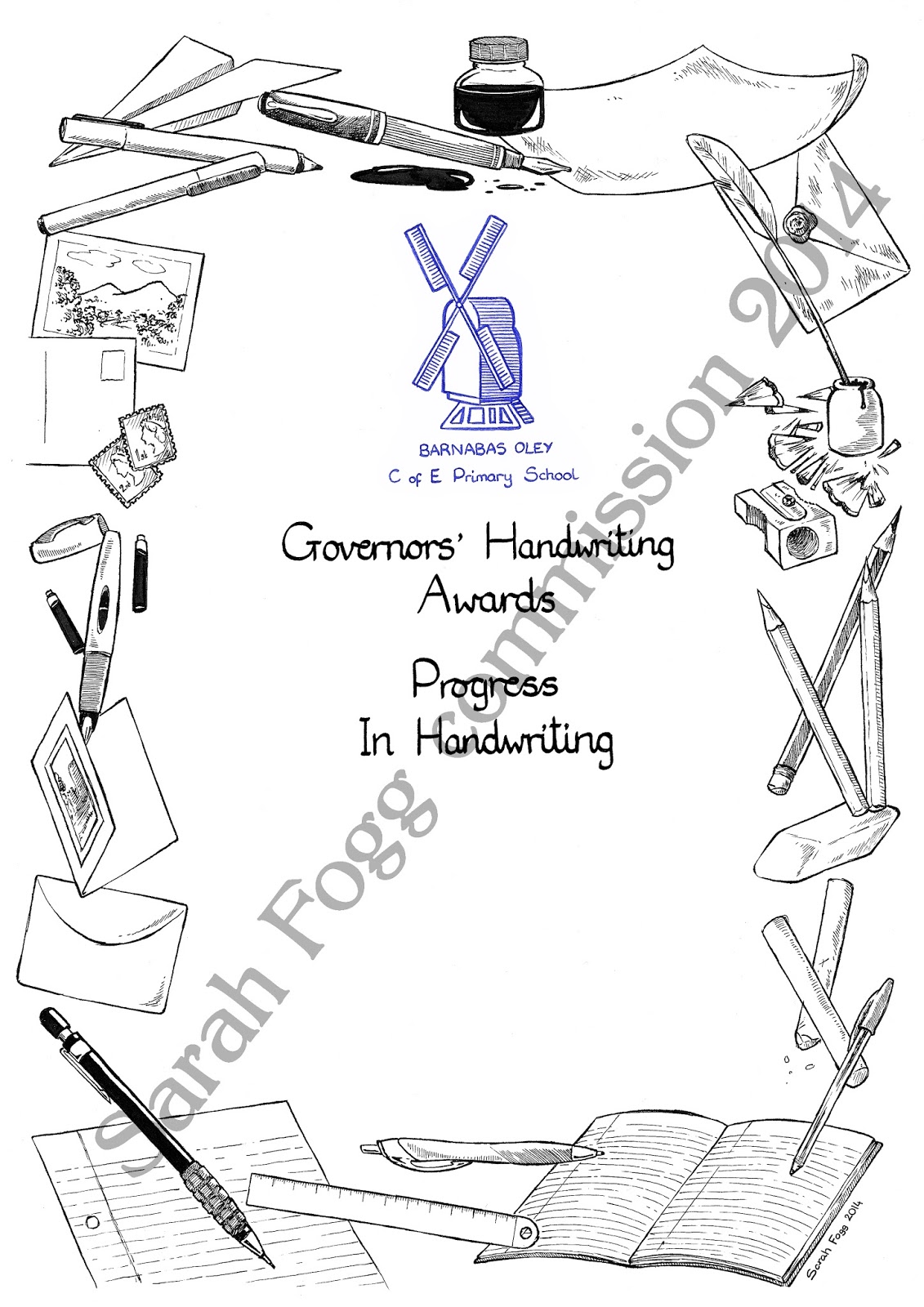 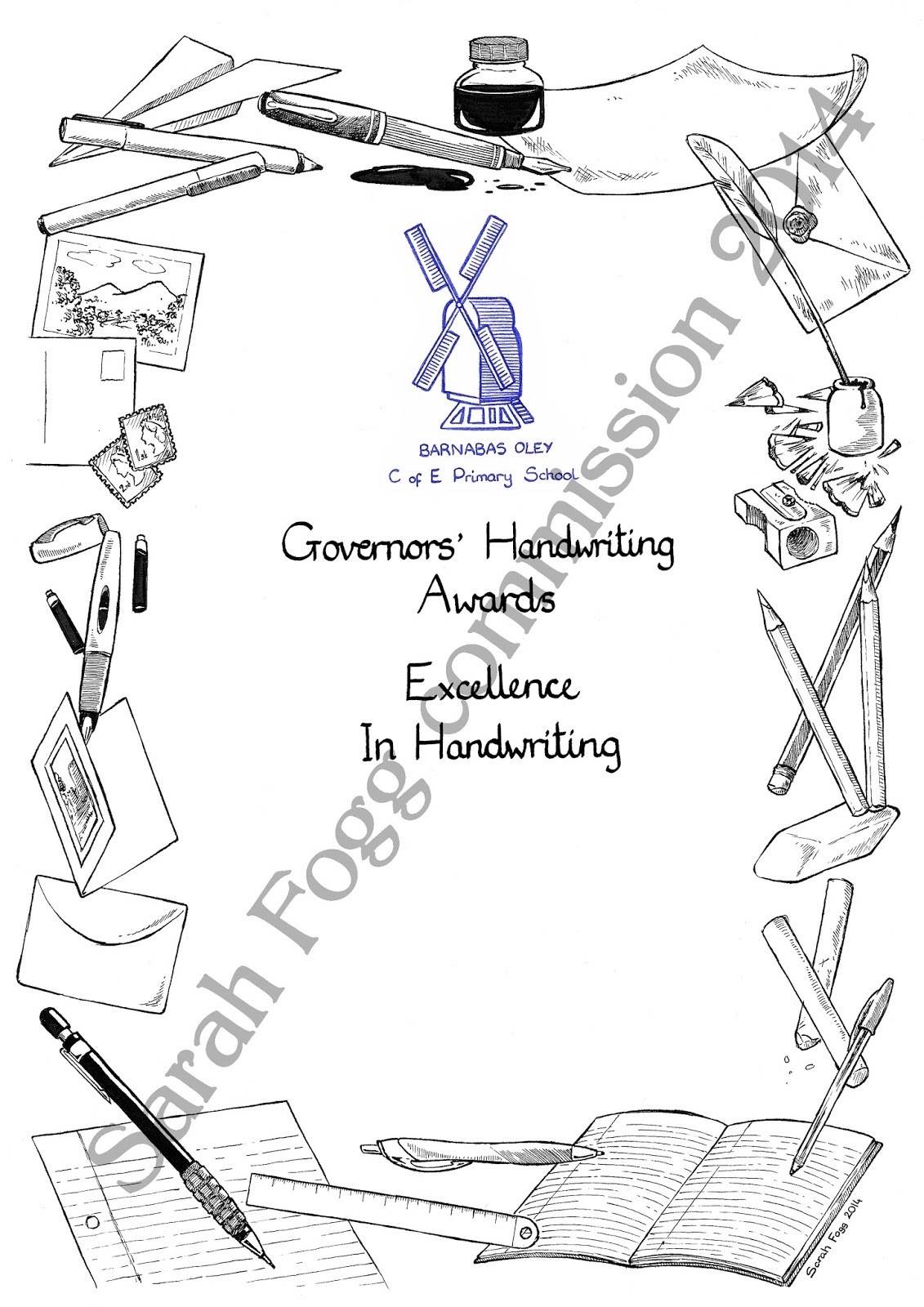 I was hired to make some designs for my old primary school (Barnabas Oley), that could be used either as certificates or as bookplates for excellence or progress in handwriting. I hand-wrote the text using the letter forms the children learn.

I said 'things that aren't fairies', but later I was also asked to do some powerpoint slides featuring Poppet the House Hob for the awards assembly, so there were fairies involved after all! 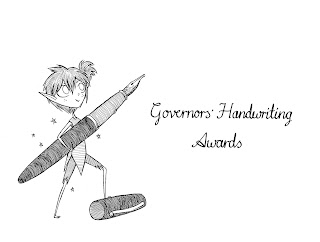 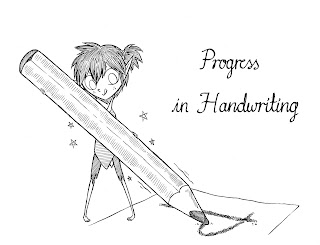 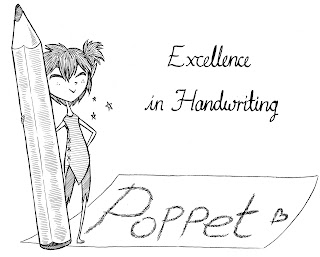