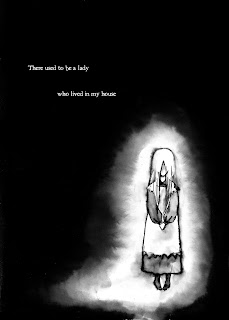 I've been working on two short comics for this year's Inspired anthology. It's themeless now, but originally it had a music theme, so both my comics are music-related. This is the first one I did, which is a simple ghost story. (My favourite kind of story!) 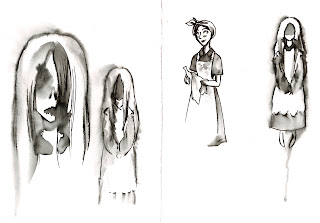 I've used this ink and water technique for a comic before, so I didn't need to do too many tests for this one. I think the floaty effect is nice for ghosts, but it's harder for the rest of the characters as I need to maintain a clear outline. I think I've improved since my last attempt though.

The finished anthology will be available at Bristol Comics Expo, London MCM Expo and Manchester MCM Expo this year.
Posted by Sarah Fogg at 00:32 No comments: